From Peace Corps to Impact Investing For the Climate: Reflections From an RPCV Committed to Systemic Change 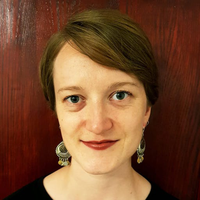 I served in Botswana from 2011-2013. I was a health volunteer, HIV prevention specifically. My posting was at a clinic, but I found myself working at most of the local schools and with other community members, like village chiefs and police officers, on healthy youth engagement. As an undergraduate, I studied International Relations; my only intersections with health were my activism for Planned Parenthood and teaching a few sex ed courses at a nearby high school. The year between college and Peace Corps, I worked as a counselor at a clinic, which slightly strengthened my legitimacy as a health PCV. Peace Corps changed all that -- I went on to pursue a Master of Public Health. Healthy communities became my milieu rather than great power conflict.

It was during my Master's that I met Theresa Preston-Werner. She was interested in the power of sexual and reproductive health for unlocking women's potential globally. My experience in Africa was an asset and I became her graduate research assistant in 2016. Fast forward 6 years and I'm still here. There's a foundation now and a bunch of other staff members. We still have a portfolio focused on women's health, but we have expanded to focus most of our grant making on slowing climate change.

Preston-Werner Ventures is what we'd call a "modern family office." Rather than the large, decades-old foundations, we don't just provide grants to non-profits. We use various giving vehicles and methodologies to advance our causes. We have the typical foundation, but we also make impact-focused angel investments through an LLC and political donations through another entity called a c4. Confronting climate change necessitates fundamentally changing the entire global political economy and redistributing power and resources. Although new innovation and technological solutions are key, if we don't get the politics right, we lose. We openly acknowledge that we need a progressive agenda to win on climate, so politics and policy making are key leverage points in our work. Other areas of climate focus are communications, food and agriculture, permanent negative emissions, restricting fossil fuel supplies, and climate finance.

"Confronting climate change necessitates fundamentally changing the entire global political economy and redistributing power and resources.  Although new innovation and technological solutions are key,  if we don't get the politics right, we lose. We openly acknowledge that we need a progressive agenda to win on climate, so politics and policy making are key leverage points in our work." 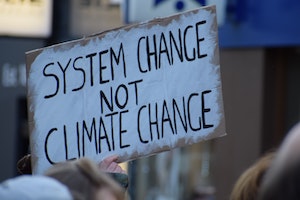 In addition to our focus on progressive politics, we do a few other things differently than your typical climate philanthropy. We have program officers dedicated specifically to grant making portfolios in youth and climate education, and environmental justice and local politics. It's not just about building constituencies, but about building power, especially amongst groups of folks on the frontlines, witnessing the devastation as the planet changes. The Health portfolio has focused on low and middle income countries since its inception, but our climate and politics work is mostly US-based. I think that will start to shift over the next few years as we continue to see global devastation. We've always had a small pot of money going toward refugees as well.

After focusing on the health portfolio for years, I transitioned over to the management of our learning and impact processes. There's a whole movement in philanthropy to be "grantee-centric" and we're thinking critically about what that means to us, and how to elevate the voices of folks who are in affected communities. It encompasses many things, such as providing general operating support so that organizations can use funds how they see fit. It's also about asking them which metrics are actually meaningful to their own learning, rather than imposing metrics that fit our strategies. We know that change is complex, and it is almost impossible to track how our funding made an impact at the societal level. We try to focus on those points in which our funding can unlock bigger investments from more risk-averse actors, or filling key gaps.

I'll leave you with some thoughts on how to take action on climate from a more transformational perspective.

Amelia Abdelrazik (Bostwana 2011-2013) is the Learning and Impact Manager at Preston-Werner Ventures. She loves helping organizations plan strategically for the greatest impact and systemic change.