We Are All Eyewitnesses to Climate Change, and We All Have a Story

We Are All Eyewitnesses to Climate Change, and We All Have A Story

“A better world for me is one where communities are resilient,” says Nicole Rom, RPCV Kazakhstan 2000-2002. “They have the knowledge and skills to navigate any challenge that hits their communities with hope and optimism.” 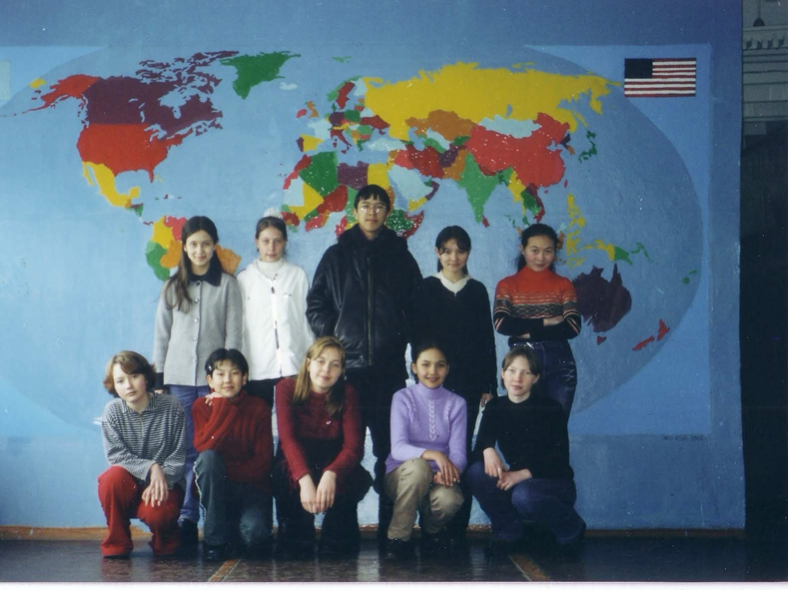 (World Map painted by the ecology club Nicole worked with during her Peace Corps service.)

"A storytelling workshop starts with your personal connection with your issue, and leads to your understanding of climate change,” explains Rom. “It goes through a set of prompts that works well for any situation.”

On August 6th Sarah Goodspeed, the Youth and Policy Director at Climate Generation (and RPCV Ecuador 2008-2010), led a group of thirteen RPCVs through a virtual workshop on how to tell their own climate story.

Learning to effectively tell our climate stories is important because seven in ten Americans rarely or never discuss climate change with family or friends, according to 2016 research presented by Goodspeed. This is despite the fact that sixty percent of Americans say the issue is at least somewhat important. And recently a national survey of over 3,000 RPCVs showed it to be the global issue most important to the RPCV community. Yet the same survey found that expressing opinions and views on social media was the climate action RPCVs are least likely to take.

So why is climate literacy and storytelling important for climate change? Because it can be an accessible platform for anyone to engage in climate action, especially those voices who have traditionally been marginalized. Recent Climate Generation virtual events on climate change and racial injustice featured personal stories and music from young, black, and Latino artists, poets, and activists in Minnesota; such as the Dakota tribal elder Strong Buffalo. These voices and more are featured in a recent book Eyewitness: Minnesota Voices on Climate Change, published by Climate Generation. With media often failing to represent these voices, and frequently tied financially to the fossil fuel industry, understanding and promoting these diverse climate perspectives and experiences is critical.

Another important reason to tell climate stories is that they can inspire people in a way that climate research and data often can’t. A Princeton University study showed that students who watched stirring, emotional speeches exhibited synchronous brain patterns while doing so. As a result, eliciting emotion via a speech or story can actually help influence the listener to perceive the story how the speaker wants them to. As detailed by NPR’s Hidden Brain, politicians and advertisements commonly utilize fear as an emotion to make listeners susceptible to their message – for example, an anti-vaccine ad preying on a mother’s concern for her baby before erroneously linking vaccines to autism. However, the flip side is an emotional climate change story may be able to spur action in those who wouldn’t normally respond to science and data, or those who just may feel overwhelmed by all the information out there.

Climate Generation’s online collection of climate stories link personal narratives of a broad range of people and perspectives, from the daughter of immigrants who survived the brutal Khmer Rouge regime to a climate scientist who faced threats in the 1990s after publishing evidence linking climate change to human activity and fossil fuels. The collection kicks off with the climate story of polar explorer Will Steger who, as he watched ice shelves he had traveled on disintegrate over time, decided to fund Climate Generation in 2006 in order to help people describe the impact climate change is producing in their lives.

After all, as Goodspeed presented to the RPCVs in the August 6th workshop: “We are all now eyewitnesses to climate change, and we all have a story.”

Isaac Pearlman is an environmental scientist, climate writer, and recent Fulbright recipient whose work centers on sea level rise, flood risk, and climate resilience and adaptation. A native of northern California, he served as a Peace Corps Volunteer in Peru (2005-2007) and in the Philippines (2014-2015) as a Peace Corps Response Volunteer. His stories have been published in Sierra Magazine, Estuary News Magazine, Earth Island Journal, and AcclimateWest.org, among others.