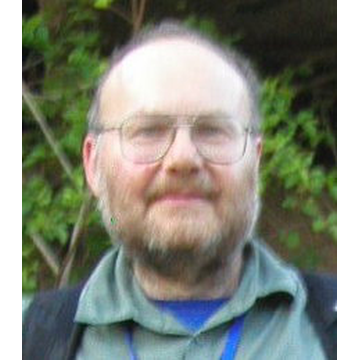 (a version of this blog appears in the Fall 2017 issue of WorldView magazine, published by the  National Peace Corps Association)

Since I served a very long time ago - my Ghana II cohort arrived in country one year to the day from the first-ever Peace Corps cohort - I will take a longer-term perspective on this question. In early Peace Corps days our U.S.-based training was exhaustive and exhausting: we did ten intensive weeks on the UC Berkeley campus, followed by two weeks in-country on the University of Ghana (Legon) campus. By the time we arrived at our schools we really knew a lot about the country - and we probably thought we knew even more.

One of the highlights of our in-country training was an overnight trip to the construction site, where we all ignored everything that we'd learned about tropical intestinal infections and pigged out on the fresh water crayfish.

I have been back to Ghana twice: in 2002 for an in-country reunion of our cohort, and in 2008 for a conference onto which I was able to tack a visit to the far north. Based on these visits, I have observations about what has actually happened relative to our beliefs in 1962.

I would like to expand a little on the architecture and infrastructure issue, which I think is symptomatic of "how not to do it" for environmental sustainability as well as for human comfort in the tropics. The school campus on which I taught and lived was built in the late 1920s and early 1930s. Walls were thick, windows were shuttered but not glazed, and trees and arcades provided shade. Cross ventilation and an occasional electrically-powered ceiling fan, along with acceptable attire that was appropriate to the climate, made our working and living spaces comfortable most of the time, despite the heat. In contrast, what I experienced in 2002 and 2008 were thin-walled buildings, glazed windows, and air conditioning that was inadequate when it worked – and that frequently didn't work, either because it was broken or because the electrical power had failed. It all contributed to tropical misery. To exacerbate this misery, temperatures seemed higher, and western-styled clothing that is unsuitable for a tropical climate is increasingly the norm. Hopefully, the realization that the climate is becoming more inhospitable and energy will probably become more expensive and less reliable, before it becomes more reliable, will encourage a return to adaptive architectures and life styles.

My Peace Corps service, post-service career decisions, and involvement in the RPCVs for Environmental Action are closely linked. A component of our Peace Corps training at Berkeley was writing a "term paper" on a personally meaningful topic related to our training. The topic of my paper was a hypothetical analysis of the social and economic consequences of a Peace Corps volunteer introducing a mechanized fufu pounder to a traditional Ghanaian village. This led to my thinking about sustainable development; in particular, technology for sustainable development, probably before the idea had that name. Although my professional career has been in physics and robotics, I have always had in the back of my mind that when I get around to retiring I would take up work on the technological aspects of sustainable development issues. It was my good luck that RPCVs for Environmental Action came along at just the right time for me to realize my now more than 50-year dream in collaboration with this enthusiastic, talented, and like-minded group.

Mel Siegel is professor emeritus at Carnegie Mellon University's Robotics Institute in its School of Computer Science. He received his bachelor's degrees from Cornell University and his PhD from the University of Colorado - Boulder under Nobel Laureate John L. Hall. He served in the Peace Corps, teaching physics and math at Achimota School, outside Accra, Ghana, in the two years between his undergraduate and graduate studies. During this period, he traveled extensively on the ground in West and Central Africa, sometimes even in compliance with Peace Corps rules.