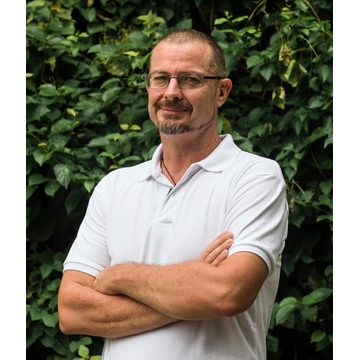 (a version of this blog appears in the Fall 2017 issue of WorldView magazine, published by the  National Peace Corps Association)

If we are to reduce "Human Impact" on the global temperature rise, it will require governance and behavior change, it will not be about technology. My journey through Peace Corps from 2004-2006 and subsequent work founding and building A Single Drop for Safe Water inc. (ASDSW) in the Philippines has changed my perception on development and creation of impact, from technology and infrastructure (engineering basis) to understanding the role of behavior and governance in determining our well being.

I arrived in the Philippines as a Peace Corps volunteer February 1, 2004, the first stage of changing my career as an industry focused mechanical engineer to an engineer that primarily used community organizing and governance building to facilitate social impact using technology. My picture of the Philippines was of beaches, corals, and coconuts, so I ended up in the Cordillera Mountains in the middle of Luzon, 1300 feet above sea level, 17 miles from the market at the end of the "new" road. 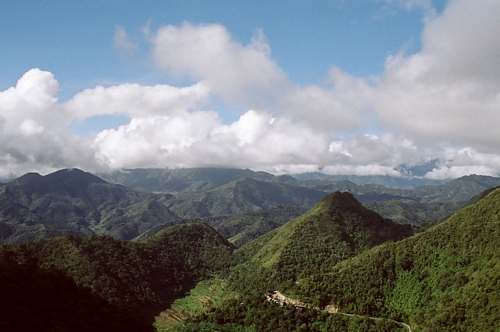 As a Water and Sanitation (Wat/San) volunteer my primary project was to work with the Local Government Unit (LGU) and the community to build a water system. This was a two-year journey with several diversions into "eco-tourism" (trendy BS at the time) and "male reproductive health" (the best stories) while watching heavily forested mountains rapidly being cleared and turning into agricultural wasteland, because the road enabled access both ways. I observed the working of the local government units and being part of them I was able to understand their roles in the community, the influence they have and the pressures they are under from their communities and levels of government above them.

My awareness of climate change and its impact is a different story. It started at middle school in the 1970's (yes, this was not invented with the internet), where I remember discussions of the impact on the ozone layer by fluorocarbons and the green house effects of carbon dioxide. However, as with most of us, this receded to the back of my mind as I pursued education, mainly with the goals of meeting girls, making money, and building noisy stuff that would allow me to make money and meet girls. ANYWAY, I graduated, met a girl, built lots of big noisy stuff, and made a little money. In Ambaguio (my Peace Corps site) I watched the forest disappear and I listened to the stories of how the seasons were a-changing, and not for the better.  Access to markets got better, technology made it easier to farm, yet people had to work harder to make as much money, because yields were decreasing. This was due to nutrient deficiencies as they repeated crops, but it was also due to hotter temperatures and the real impact of climate change: the dry season was longer and the wet season was wetter. Still only a small impression, as I was dealing with how to mobilize communities to build, operate, and maintain water systems, pay for service, and get the local government to take responsibility in partnership with the community.

In a chance meeting at the end of Peace Corps service with Gemma Bulos, I ended up as a co-founder of ASDSW, a non-stock, non-profit organization, where we were introducing appropriate water filtration technology and building community organizations to build and install them. However the real setting apart of ASDSW was based on a partnership with a development organization that was governance focused.  Mags Maglana (later board chairperson) influenced me with her thoughts on the role of government and the process of governance in service delivery. With my experience in Peace Corps and this prompting, we totally refocused ASDSW as a governance organization that does water, sanitation and hygiene, versus the traditional technology/community organizing NGO. It was a very cool and inspirational transition that resulted in ASDSW to create a niche market, be a thought leader and work with and influence government at all levels.

As we progressed, we entered the Humanitarian Response sector as well as the education sector. Climate Change Adaptation was starting to become a hot topic in the development field and we were able to address this through engineering so as to mitigate impact, and through governance and demand creation to allow communities to prepare and adapt. But the biggest and most tangible impact was through humanitarian response. In less than three years we responded to three large flooding events: a killer tropical storm (Washi), a massive large scale typhoon (Bopha) which started closer to the equator than any other recorded typhoon, and Typhoon Haiyan that killed close to 10,000 people. Frequency was increasing, location was moving further south and this reflected the climate change science that has conclusively concluded that this is not just a weather cycle, but human impact which is accentuating any natural cycles that occur. Not only this, but the communities that we were responding to were actively discussing the symptoms and impacts of climate change, and they sure as hell know that it exists and that they need to adapt. They also know that they personally have not contributed much to it, but they do know who to blame.

Funnily enough we also got to hear the same from experts that travel in planes, stay in air-conditioned hotels, drive in SUV's with carbon footprints the same size as whole villages, but that's a whole 'nother rant!

Back to the point of why we as RPCVs need to make a statement, and why I joined the RPCV for Environmental Action Group.  First of all Melissa twisted my arm really badly.  Secondly PCVs live in a society that is the biggest contributor to greenhouse gasses and is the biggest influencer for change.  PCVs generally serve in communities that are the most vulnerable to the effects of climate change. Not only do these communities contribute the least to the increase in temperature, but they do not have a voice and they certainly have limited influence over those that can make a difference. Often PCVs can be a burden to their host communities and have limited impact during their service.  However they can pay back those that they worked with by providing their voice to not only influence policy, but to proactively change their behaviors to reduce their carbon footprint.

The Paris Climate Accord is the biggest call to action on the most important issue that faces the world today. This is governance in action, where the world combined to make a policy statement. But that's the easy part. Implementation will be difficult to sustain and only good governance on a world stage will make it work. Already we are seeing where good governance and demand for action is starting to override influences that are threatening this accord. In the Philippines the current administration threatened to pull out of the accord, but public pressure has stopped that action. In the USA the current administration has pulled out of the accord, but local administrations at state and city level have stated and enacted policies to not only meet but sometimes exceed the requirements of the accord. We see where other countries are starting to fill the leadership void and take a more dynamic role.

There are no magic bullets to solve this issue. Technology will allow us to meet the targets, but it will require citizens of the world to change the way they live, so as to reduce their footprint while actively participating in the governance process to ensure that government as duty bearers continue to move in the right direction. As RPCVs we have the privilege to speak with authority and the RPCVs for Environmental Action is one of the channels where we can participate in the governance process that will be the prime mover to reduce human impact on global temperatures.

Kevin Lee was born in South Africa to American parents. He was raised in New Zealand and graduated from Auckland University with a Bachelors Degree in Mechanical Engineering. For 14 years he worked in New Zealand and the U.S. as an engineer in the steel and construction industries. From 2004-2006 Kevin served in the Peace Corps/Philippines as a Water and Sanitation Volunteer. In his post-service career, Kevin co-founded A Single Drop for Safe Water, Inc. where he serves as Executive Director, and in Single Drop Consulting Services as President. Kevin was honored as Echoing Green Fellow 2007, Tech Museum Equality Laureate 2010, Ashoka Fellow 2015, and Standards 2015 Visionary Award. He is married to Luzviminda Lee and lives in Puerto Princesa, Philippines.