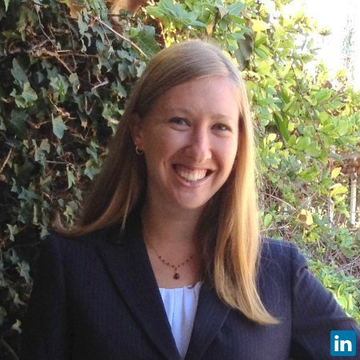 [This blog post was originally published on the NorCal blog site on September 20, 2018.] 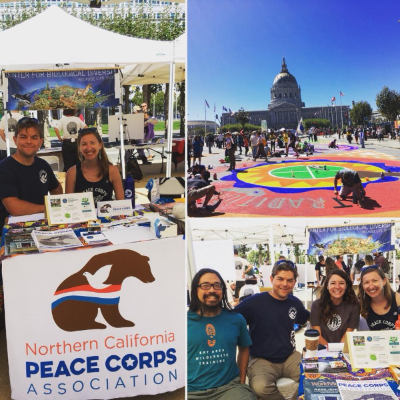 On September 8, 2018 a group of Returned Peace Corps Volunteers gathered in San Francisco to support the Rise for Climate, Jobs, & Justice event and movement. Those not in Northern California plugged in to local actions across the country. Why did we do this? What did we accomplish?

Climate Change is an urgent issue that affects everything. When California’s Governor Jerry Brown announced San Francisco would host a Global Climate Action Summit, grassroots groups like 350.org and the People’s Climate Movement rose to the occasion. Lest the summit be too focused on high level talk, the people began organizing a mass mobilization to kick off the week by calling attention to vulnerable communities, who will be most hurt by climate change, and to the need to press our global leaders for solutions that are sustainable and just.

As RPCVs, we are very in tune with the interconnected nature of issues like climate change. Volunteers live in countries that are already dealing with sea level rise. Volunteers farm in terrains where the dry season now lasts far too long, adding to list of hardships felt by subsistence farmers. Volunteers serve in regions where climate-induced migration fuels and intensifies conflict. Volunteers understand that complex problems cannot be solved with simple solutions. Progress must be made conscientiously and sustainably. It must be made both at a systems level and with feet on the ground. 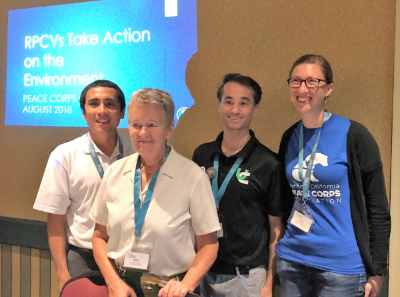 So leading up to September 8th, RPCVs for Environmental Action along with the Northern California Peace Corps Association took advantage of the opportunity to get the word out about this event and the movement it represents. We even presented on it to a large audience of RPCVs gathered for the National Peace Corps Association’s annual conference as part of a session on ways RPCVs can take action on the environment.

On the day of the march, we hosted a table at their Resource Fair. As the tens of thousands of marchers arrived to the fair and passed by our RPCV table, we shared our unique perspective with others in the climate movement. Wearing multiple hats, we talked to folks about the work Peace Corps volunteers do, the role the program serves in American international diplomacy, and the experience we gained immersing ourselves in a foreign culture. Some passersby were interested in joining the Peace Corps, whether newly out of college or later on in their careers, wanting to hear about our experience and impact. Others came running up with stories of when they served 30 years ago and said they hadn’t realized there were other RPCVs involved in these types of events. Others excitedly took our photos to show their niece, father, friend who was in the Peace Corps. It was deeply uplifting to connect with others who share our passion for promoting sustainable progress.

In a truly multicultural moment, one man approached with a thick Spanish accent saying he was a reporter from Spain and wanted to ask a few questions. I replied in Spanish (with my slightly Panamanian accent) saying that I was happy to answer his questions in whatever language. I think I surprised him, but he didn’t skip a beat. He fired off a bunch of thought-provoking questions about who I was, why I thought being there mattered, what I was hoping the Global Climate Action Summit would accomplish, and what could we really do about it all? The conversation got my adrenaline pumping, and I felt proud to articulate my perspective in my second tongue. A day later, I read my quote in El País:

While I’m not sure I would’ve called myself an “activist from the Peace Corps,” the rest of the quote he took from our conversation I absolutely stand by: “We want to see action. We know that climate change is important and now is the time to act. Since national level politics won’t step up, there are others that should like companies and investors.”

At the end of the day, I felt proud to be a part of the Peace Corps community and all the cross-cultural awareness it represents. We as RPCVs must continue to take advantage of opportunities to add our unique perspective and value to the causes we care about.