At 60, Peace Corps is still what we can do for our country 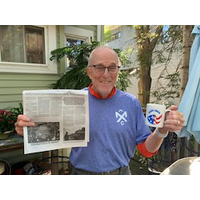 RPCV4EA Board Member Paul Thompson had his opinion piece published in the Minneapolis Star Tribune to advocate for Peace Corps during its 60th anniversary!

Please urge your member of Congress to cosponsor the Peace Corps Reauthorization Act.

The Peace Corps was first named in legislation introduced by Minnesota's U.S. Sen. Hubert Humphrey, who spent two years sharing his Peace Corps vision with members of Congress before persuading Kennedy of its viability.

With one stroke of his pen, Kennedy deepened our nation's ability to live out key values — service, peace, sacrifice, commitment and learning from those we hope to serve. 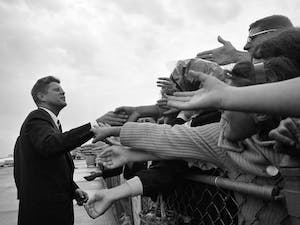 I am proud to be one of more than 7,000 Minnesotans who have served in the Peace Corps, along with more than 240,000 nationwide over these last 60 years.

I entered the Peace Corps just out of Gustavus Adolphus College in St. Peter, Minn., in the fall on 1970. The raging war in Vietnam and the first Earth Day, held that May, both pointed to tremendous challenges we faced as a nation and a world.

Seeing the world and teaching biology and health science seemed like a perfect match for my curiosity and my desire to answer Kennedy's charge to my generation: "Ask not what your country can do for you — ask what you can do for your country." I was to leave the Peace Corps enriched and grateful for what I had learned from those I had come to serve.

It was a humbling experience teaching youth in Malaysian Borneo. Students had to swim across rivers carrying books over their heads; some were just starting to learn English even though they already spoke four or five other native languages.

Returning to Sabah, East Malaysia with my wife two years ago, reconnecting with those students 46 years later, and sharing memories and photos from the early 1970s revealed how much we had affected one another's lives. I was sorry I had waited so long to return.

During this pause, the National Peace Corps Association convened a series of nationwide conversations about the future of the Peace Corps in a changed world.

The community of returned Peace Corps volunteers envisions an agency that: 1) advances global peace and understanding, 2) seeks innovative solutions to shared global problems and 3) responds to shifting expectations in the developing world.

My Peace Corps experience changed my life. I became a global citizen. My teaching career focused on inspiring my students and community to understand our world and seek solutions to hunger, poverty and climate change. Seeing corruption embedded in local government in Malaysia helped me realize that democracy is not a spectator sport. I discovered groups like Results, the anti-poverty organization and Citizens' Climate Lobby. Both have given my life meaning since retiring from Minneapolis Public Schools. I know from what I experienced in the Peace Corps that individual action will make a difference.

You can join in celebrating the Peace Corps' 60th anniversary and ensure its resurgence by urging your member of Congress to cosponsor the Peace Corps Reauthorization Act (HR 1456) or by thanking Reps. Angie Craig, Dean Phillips, Betty McCollum and Ilhan Omar, who are already cosponsors. Let's help deepen our nation's commitment to service, peace, sacrifice, commitment and, yes, humility. Peace Corps service is needed now more than ever. 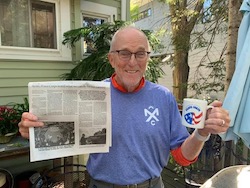