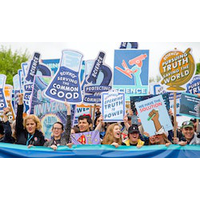 Citizens Climate Science Action (CCSA) is a newly formed subgroup of RPCV4EA focused on learning the science of climate and environmental issues and solutions, formulating specific actions directed at them, educating the broader RPCV4EA and RPCV communities, and supporting their outreach activities and actions.

Most of us are RPCVs with science backgrounds, but all supporters of the Peace Corps community are welcome to participate, and a STEM background is not essential - if you don't have one the rest of us will bring you up to speed soon enough.

Early on, two environmentally and technologically related issues fortuitously coalesced, giving us our initial action focus. Both issues are gas-leak focused: refrigerants (mostly hydrofluorocarbons (HFC)**) and methane (CH4) - both of which are powerful greenhouse gases, making them, along with carbon dioxide (CO2), massive drivers of climate change. Another unfortunate feature that HFCs and CH4 share is that the economic structures of their industries and their lack of strongly enforced regulation provides little incentive to fixing their problems.

both of which are powerful greenhouse gases, making them...massive drivers of climate change.

Refrigerant fluids leak from aging or incorrectly installed air conditioning and refrigerator/freezers.  During normal operation, maintenance and at end-of-life these gasses are often vented to the atmosphere versus captured and recycled or destroyed. About 25% of it escapes every year. These gasses are between 1,000 and 6,000 times more climate changing than CO2. Commercial size installations, such as in supermarket freezer and refrigerator cases, are major offenders. Whereas the refrigerant charge of a home appliance or air conditioning system is typically just a few pounds, and losses of refrigerant are typically small, a large supermarket or school can release hundreds of pounds annually. 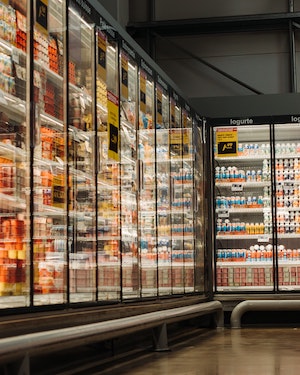 Methane is the main component of natural gas, burned for commercial and domestic heating and cooking, and more recently, for electric power generation. The national and local infrastructure for natural gas distribution is often old and decrepit and leaks a lot. In its 12.4-year life, it is around 85 times more potent than CO2.

Francis Koster, RPCV Tanganyika (now Tanzania) and Sierra Leone, has been our main go-to-person for the methane and carbon dioxide issues, into which he has recently incorporated the refrigerant issue. Fran has for several years operated a 501-C-3 foundation whose website, ThePollutionDetectives.org, educates on environmental problems. Fran lends simple-to-use meters to measure these pollutants to teachers, school and school-system administrators, and involves students in measuring both atmospheric pollution and lead contamination in school drinking water.

Within CCSA, Fran is currently bringing additional members of the RPCV community into the Pollution Detective's outreach. He has developed protocols for student and faculty use and is actively recruiting RPCV and other teachers to borrow (at no cost) his pollution detection equipment. His project started with five school districts in North Carolina. “We provide tools that ‘make invisible pollution visible’ in schools,” he said.

Fran is now engaged in forming new relationships with schools in Colorado and California and is looking for additional partners.

“It is well documented that excessive carbon dioxide in classrooms - due to insufficient or defective ventilation equipment - lower student performance on standardized tests by one or two letter grades. In addition to generally causing climate change, school room and building pollution specifically increase energy and other operating costs. Once these issues are identified and visualized by students, the schools can often fix the problem, improve educational outcomes, and save money. We welcome fellow RPCVs as collaborators and partners."

Another member of our team, Ted Atwood, not himself an RPCV, but a friend who has become an essential part of our task force and community, has been an invaluable resource via his decades in the business of refrigerant accounting software, and via his industry contacts, leading to major equipment donations to Fran's foundation.

Regarding refrigerant leaks specifically, ongoing collaboration with the Environmental Investigation Agency (EIA) - an independent NGO despite its official-sounding name - has been invaluable, including but certainly not limited to our joint presentation of a webinar based on EIA's movie Leaking Havoc. Please visit eia-global.org and look for that title for more information about EIA, their work, and our collaboration.

The RPCV4EA CCSA working group is always looking for additional RPCVs and friends of the Peace Corps to join and participate in our current programs, and to launch new programs that address their personal passions and utilize their individual technical backgrounds and skills.

Join us at our next meeting!

Details about our next meeting, on November 18 at 8:00pm ET, can be found here.

We meet by Zoom on the 4th Thursday of each month at 5 PM Pacific Time/ 8 PM Eastern Time, except in November, when it falls on Thanksgiving, so we'll meet on the 18th, the third Thursday.

For an invitation, and to join our email lists either as an active participant or an interested follower - say which, so you'll receive emails with the right frequency and level of detail - please email Mel Siegel <mws@cmu.edu>with your contact information and any special interests, skills, and experience that you might have.

** You may recall that hydrochlorofluorocarbons were banned several decades ago because they were destroying the ozone layer. Removing the chlorine-containing compounds solved this problem -- a major triumph for the environmental and climate movements -- but the greenhouse gas effect of their hydrofluorocarbon replacements, and even their more recent pure hydrocarbon replacements, nevertheless remains and needs to be addressed.

Mel Siegel (Ghana 1962-64), is a Board Member for RPCV4EA and leads CCSA. During Peace Corps he taught physics and math; during this period, he traveled extensively on the ground in West and Central Africa, sometimes even in compliance with Peace Corps rules. Mel is professor emeritus at Carnegie Mellon University's Robotics Institute in its School of Computer Science.